Some people fail more than others 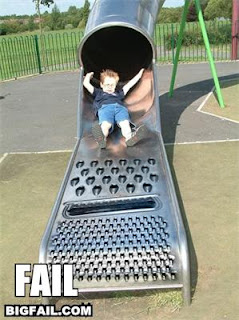 I am not going to post the entire ranting diatribe here, but I will give you a select nugget that should give you enough insight to understand this person's view on the human species.

Ranting, incoherent fucktard emails Pharyngula: "When these people left there was a large group of men who took off and ended up in Africa. Some of these men went to Borneo and caught female Orangutans and sailed across to South America and had sex with the female Orangutans and created the Indian. And the men who stayed in Africa caught female Gorillas and had sex with them and created the Black man. When scientists found the bones they thought we came from a female Chimpanzee. But it wasn't a natural evolution it was a man made evolution. That' where Bigfoot, Sasquatch, Orangutan man, Yeti and the Skunk Ape comes from. They are half man and half Gorilla and half man and half Orangutan. When scientists find drawings in caves they were put there by Bigfoot and the Orangutan man. Scientists are either finding freaks of nature or their making mistakes or their findings things and they just don't know what they are."
Posted by Dirty Hairy at 9:40 AM