A Picture Is Worth A Thousand FAILS 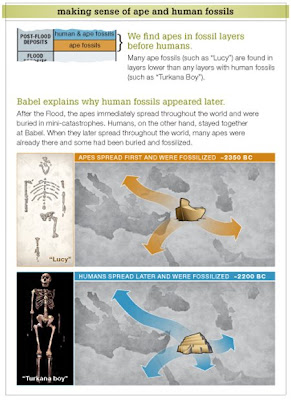 Posted by Dirty Hairy at 2:28 PM No comments: Links to this post

Labels: evolution, floods, fundies, How on Earth can shit like this happen in the 21st century, Just no

So few words...so much FAIL. 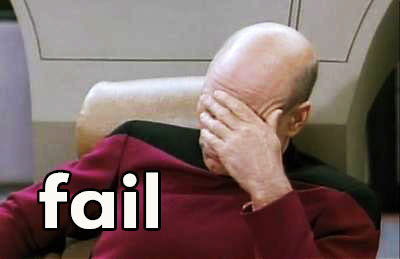 In response to science recently uncovering an interesting and unique fossil, Darwinius masillae, glass bottom boat enthusiast Josh Greenberger decided to get all retarded over at Topix about the situation.

However, nothing on this planet could defeat the FAIL power of this one little gem:

Josh Greenberger: "One fossil is NOT evidence."

Dor sho gha! I should have known better than to underestimate the power of fundies, peep this beaut!!!

GBCE: "fucking atheist scientists, if i had found that fossil, i would have destroyed it. why can't you leave christians alone with your bullshit theory of nothing?"

Labels: evolution, fundies, geology, How on Earth can shit like this happen in the 21st century 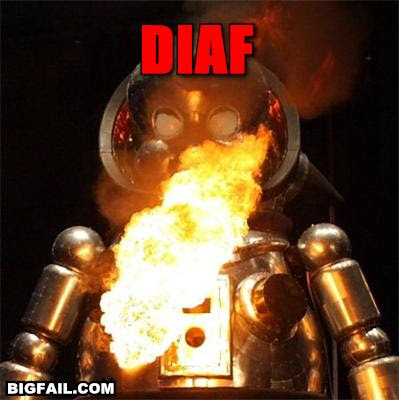 The stupid just needs to die.

Another Guest: "Even science, and the "strong methodology" you describe are still based on naive realism. You can offer no proof using the scientific method to prove science, or reality is "real" - so why should there be proof of God?

Strong atheism also provides its own set of beliefs with no scientific "proof", and could prove to be far more dangerous to society than religion ever has been. Religion is something you have a freedom to follow or not. Moral atheism is something imposed on a populace by the state, with "experts" and "scientists" dispensing edicts supposedly backed up by science, although more likely to be driven by the whims of their political sponsors."
Posted by Dirty Hairy at 4:11 PM No comments: Links to this post If T Rex is King of the Dinosaurs, girasas (and their prophet, Brenda) are the Kings of FAIL!

brenda6: "If you analyze what data we do have, you will see that someone (Jesus Christ, in particular) was an example of what happens to a human being when the girasas descend and begin to live in them. Since Jesus Christ was killed, am I to assume that humanity would reject an invader of this sort? Let's say we could open the Congress to the actions of this kingdom upon just the people here in America. Let's say that Congress votes that we desire this experience and that those who are capable of sharing it and promulgating it and expanding it to others are rewarded by our government because our government has decided that this is a favorable activity to be involved in. Now how does the rest of the world react? How do our citizens who don't want it to happen to them react? Would it result in wars? Would there be inferiority complexes? Would you as a human actively seek this experience over other experiences that are available to us in life? Or do we have to fall victim to this kingdom and do we only allow it to happen when there is no choice or foreseeable way to be excluded? Instead of accepting it and making the best of it, will people become militant and elect to eliminate it from the earth? Will there be a battle for the earth between humans and girasas and will humans die for harboring this kingdom within them? Also, some people may have trouble in the event of change. Would it drive anyone crazy if their government and peers attempted to consider the opportunities given to us by girasas over the opportunity to live autonomous?"
Posted by Dirty Hairy at 4:35 PM No comments: Links to this post