The ABCs of FAIL 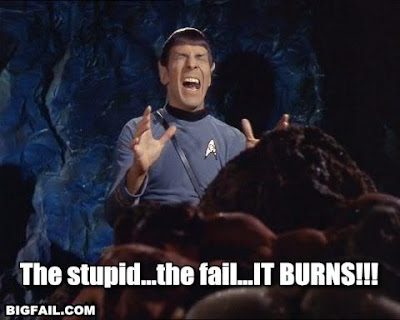 (This is just so much fail, I had to put it up...and yes, the list unfortunately goes to Z.)

B - bull hockey, baloney, B.S. Baloney, I say. You expect me to believe that bull hockey. Evolution theory is nothing but B.S. from the getgo.

C - Cinderella, cute - Evolution reminds us of Cinderella - pumpkin seed (don't know where it's from) becomes pumpkin (don't know how that happened) then the pumpkin became a carriage (sans the fairy godmother, of course.)